Balance Between Ranger and the Rest of the World in PoE

Since there are many informations about 3.3 changes already, I'd like to propose some balancing around the stale meta in past few leagues. Right now and many leagues back, I feel like forced to play "insert random ranger build" to be efficient. If I want to clear maps fast, level to 100, party play, magic find, doing map rotas, being economy efficient and everything except maybe lab farming I would do shitton better if I played ranger builds over anything else. I personally have a long term goal to get all classes to 100, so I dont want to play ranger again and again, but thats not the point. 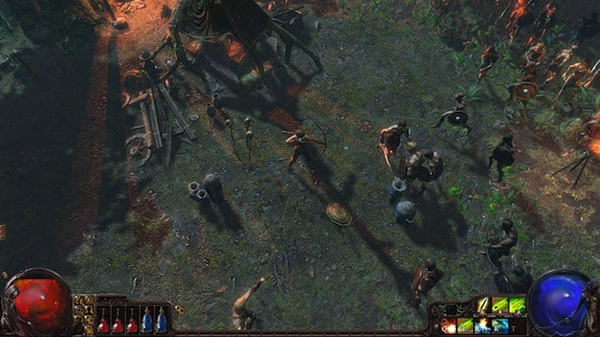 Deadeye is just miles away from everybody when it comes to any of these activities I mentioned. Pfinder behind him, havent tried raider this league, but Im sure its not bad either. And then theres a huge gap between rest of the classes. Lets take Poorjoy rotas as an example. Its usually a deadeye or pfinder wand/bow build running ahead and killing shit, while other classes can barely brightbeak charge to be fast enough to not lose all the xp and not even attacking anything. I was also comparing xp/hour as a deadeye I could basicaly double what I get on my other map builds. If you check ladders you will easily see what Im talking about and I think we rly need a nerf to ranger or at least deadeye or boost options for other classes. What do you guys think?

Projectiles are good, especially since scaling AoE is basically no longer noticeable at all. But given how GGG nerfs things, you're basically asking them to remove an entire class, along with 3 Ascendancies from the game entirely, for a minimum of one year, possibly longer. If you want a more diverse set of playstyles, then that's the opposite of what you should be asking for.

Of course I'm operating under the assumption that GGG would just straight up delete Ranger, as opposed to opting for a more conservative nerf, but also let's be honest, that's how GGG does things, it'd be silly to expect anything else. https://www.u4gm.com/path-of-exile

In Path of Exile, GGG are just introduced the Fallen Angel Armour Set. This armour set decorated with metal spikes will create a modern gothic look for your exile.