As the game continues to grow, the increasing complexity of the game combined with weak skills, obsolete items, clunky/outdated systems will lead to a higher rate of burnout and a less friendly game experience for new players. Maintaining the game by spending a larger chunk of development time to keep existing systems, skills, and items fresh will help keep this game fun and growing for years to come. Below are some thoughts and ideas on skills, items, game mechanics, and the new player experience. 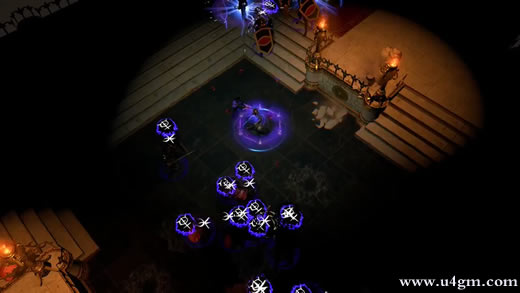 What they are doing now with skills is exactly what they should be doing over and over again throughout the life of the game. As the game grows, systems will change and the player experience will be different. This means that old skills, or even newer skills that are affected by other game system changes, need to be periodically reviewed. Some skills may just need a numerical rebalance while others might need to be revamped completely. Keeping skills up to date will prevent burn out and allow for players to try new ways to play skills they have played before. One of the biggest strengths to this game is build diversity, but that will be ruined if only a few skills are playable.

Item revamps should follow the same philosophy as skill revamps. Review obsolete items, buff/change to make them usable, if only for niche builds, and keep doing so as the game changes and progresses. This doesn’t mean every item has to be powerful or even viable. It means that uniques should be unique.

It’s nothing new to say that many of the systems they put in place in past expansions are being ignored. Masters, while providing a great boon to a character, have boring/outdated quests. The prophecy system could be a ton of fun, but it’s largely ignored by many. Threshold jewels are an interesting, if imperfect implementation of a system that could enhance skills yet give a downside that would require the player to build around.

One thing holding this game back for new players is that the beginning of the game can be quite boring and the players feel super weak. There are a few things that could remedy this problem, such as slightly increasing default move speed, improving AoE of early skills, and increasing mob density. Making the players super powerful early on isn’t a good solution, because then you’d feel weaker as you leveled up, but some quality of life issues could be addressed. https://www.u4gm.com/

3.2.3b Patch Notes Comes To Path Of Exile

In Path of Exile, do you know the 3.2.3b patch notes has been released? Next, u4gm will explain to you in detail what has been fixed in 3.2.3b.